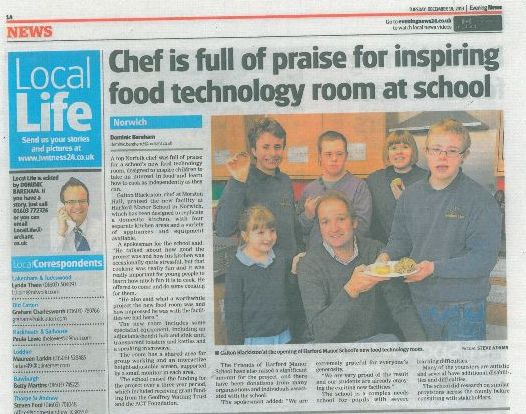 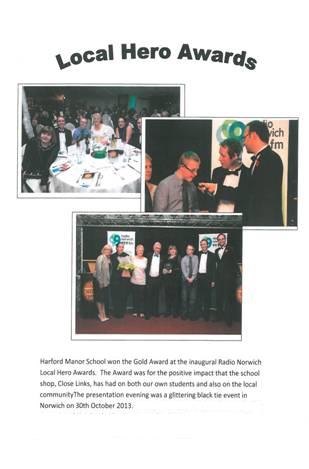 Harford Manor School was nominated and subsequently won the ultimate award at the inaugaural Radio Norwich Local Hero Awards.  The school was praised for the work it does with the students in relation to their involvement in the running of the Close Links shop and also praised for the notable contribution that the shop makes to the community in which it sits.  The Headteacher, a member of staff, a parent volunteer and two students represented the school at the glitzy ceremony during half term week. 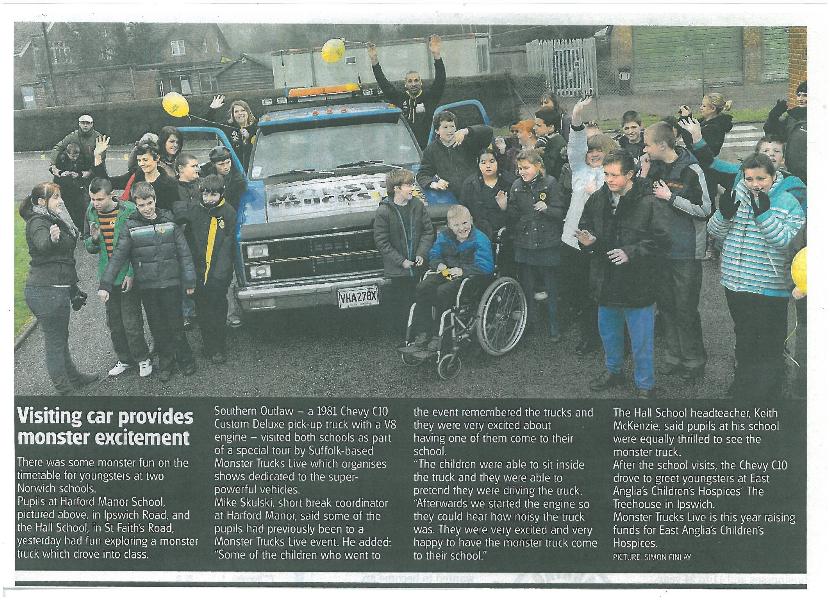